The Best Way To Deal With South Carolina Fire Ants 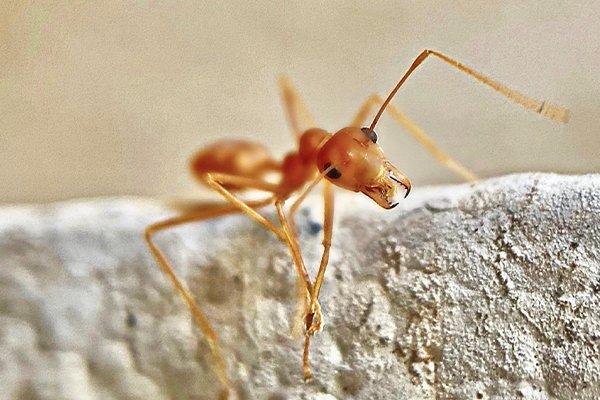 Fire ants are surprisingly difficult pests to get rid of. You can try to douse them in pesticides or destroy their nest, but fire ants have evolved to survive even the most devastating attacks on their population. And considering that fire ants are some of the most annoying, aggressive bugs you can have inhabiting your property, their resilience can be especially frustrating. So, if you’ve tried everything and want to know how to deal with fire ants in South Carolina, keep on reading.

What Are Fire Ants?

Fire ants or red imported fire ants (RIFAs) are an invasive species from South America that has come to inhabit a wide range of territory in the United States. These ants average about ¼ inch in length and have a dark reddish-brown coloration. But it’s more than their red color that earns them their moniker.

Fire ants are capable of not just biting, but actually stinging their victims. Using powerful jaws, they latch on and jab at exposed flesh with a venomous stinger at the tip of their abdomen. The venom is painful, causing a burning sensation — hence the name “fire ants.”

Individually, the sting of one fire ant isn’t much to worry about. However, it’s their numbers that make fire ants so difficult to deal with. Fire ants are notoriously aggressive and will attack intruders on their territory on sight, ganging up on trespassers in a swarm. Colonies are known to have up to half a million members and cover over an acre of land.

How Dangerous Are Fire Ants?

Generally, fire ants aren’t a threat to healthy adults. If ambushed by ants, most folks can quickly escape to safety, and even a smattering of stings isn’t usually a serious medical problem. Fire ant stings typically result in pain, itching, and swelling at the site of injection. But stings can be more serious for those with allergies.

Fire ant stings can cause anaphylaxis in those who are allergic. Breathing difficulties and shock are possible and medical attention must be sought immediately. Pets and children are at risk of harm as well, particularly when playing outside.

Why Are Fire Ants So Hard To Get Rid Of?

Fire ants are difficult to deal with for a number of reasons. Fire ant colonies often have several queens, meaning that the colony can continue to function even if one queen is killed. There are often multiple satellite colonies surrounding the main colony, which makes completely eliminating them almost impossible.

These resilient ants are known to pack up and relocate when under threat. Tricks like pouring boiling water down into their nests may appear to work, but the ants will simply disperse and recolonize after the threat has passed. Fire ants are so determined to survive, they are even known to form rafts from a mass of their own bodies to survive floods.

How To Deal With Fire Ants

Fire ants are attracted to reliable food sources on your property. While they prefer to nest outdoors, they will venture inside to raid sugary, greasy, and protein-rich foods. But they will also feed on fruits and other insects, which could be abundant in your yard. While you might not be able to eliminate an infestation on your own, you can take steps to prevent fire ants from colonizing your property.

The best thing you can do to deal with fire ants is to get in touch with the professionals at The Original Bugman Pest Elimination Inc. With both residential pest control plans and commercial pest control plans available, our experts will get rid of fire ants in your home or business and keep them from coming back. As a family-owned and -operated business for more than 30 years, you can trust us to take care of your pest problems, no matter how big or small. Contact us today to request your free inspection.