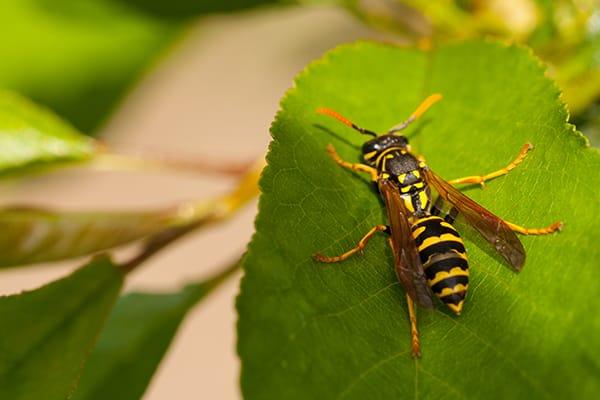 Stinging insects buzzing around your property are a health hazard to friends and family. To avoid their stings, it's important to take measures to safeguard your home. Keep reading to learn more about the different types of wasps and hornets and what to do if you discover a nest on your property.

How To Identify Common Hornets And Wasps

There are several types of wasps and hornets found throughout the local area. Here is a list of the most common species, along with their identifying characteristics.

Proper wasp identification is essential when working to eradicate an infestation. If you spot any of these stinging insects on your property, call a trusted source of Leesville pest control, like The Original Bugman Pest Elimination, Inc.

Some Wasps Are More Aggressive Than Others

Most hornets and wasps are known for being aggressive towards humans and animals. They'll defend their colonies at all costs and will attack if they believe anyone is threatening them. Paper wasps are most active in the summer and early fall. Their stings are very painful, but they are less aggressive than some of the other stinging insects. Mud daubers are the most docile of the group and rarely sting. They are known for being too consumed with nest building and caring for their young to worry about potential threats, but we still recommend that you avoid getting too close to them.

On the other hand, yellow jackets and hornets are very dangerous and the most likely to attack. Yellow jackets are active in the late summer and early fall. They're attracted to protein sources and are a common unwanted guest at outdoor parties and barbecues. Unlike many bee species, yellow jackets don't lose their stingers and can sting a victim multiple times. Hornets also retain their stingers, so it's vital to protect yourself from these insects if you discover them on your property.

Five Eco-Friendly Wasp And Hornet Prevention Tips For Your Yard

Because of their dangerous stings, you'll want to take the necessary precautions to keep hornets and wasps away from your family. Try implementing these wasp prevention tips today:

If you find a hornet or wasp nest on your property, don't attempt to remove it on your own. Call for help from a pest control company instead.

The Safest Way To Remove A Wasp Infestation From Your Yard

The best way to get rid of a wasp nest is to work with a professional exterminator like The Original Bugman Pest Elimination, Inc. We've been keeping local homeowners and their families safe from dangerous stinging insects for over 30 years. To learn more about how we can help, give us a call today.